Pyramids of Maslow (I of II) 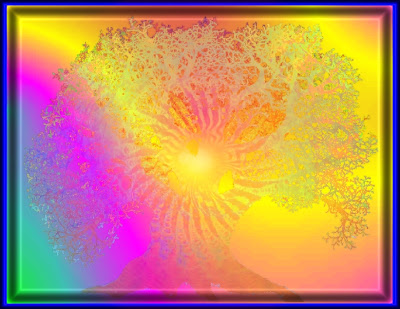 It's called "self-actualization,"
and it comes to one with luck—
if one aspires to it,
and one's courage measures up...
.
You build it like a pyramid,
just one level at a time,
and once it's been constructed
there's a treasure one might find!
.
Atop it one can see for miles,
and perceive the grandest things;
one could feel very deeply,
but could still detach from things.
Too, one sees, at last, the cosmos—
for what it really was,
and writes it down for you and me
describing what it does.
.
The first tier of this pyramid's
a wide-based broad affair.
Requirements must dictate
what the *real world* bears.
.
Food—and plenty of it.
Food for health, and day to day.
Food that feeds the body,
so the mind I need to say.
Food that's never-ending.
Food that's always there,
but food that won't distract you
from that *upward* path you dare!
.
Sans a meal one must perish;
without food one's driven down;
without food all one thinks about:
its taste and smell confound.
Sans food there's no cognition;
you will think of nothing else,
so at last one's too distracted
as one tightens at one's belt.
.
The next tier of this pyramid's
*almost* as wide and harsh.
It presupposes shelter, a roof,
some clothes—a hearth.
.
One's life requires sanctuary,
security—retreat.
Refuge and some cover
are essential basic needs.
Without it, one's distracted
from that "self-affirming trail."
Without it one is dispossessed,
sans a lodging—failed!
.
Without it, one will suffer
while his future is refused.
Without it, one is lost at sea
without a hook to use...
.
The third tier is relaxing
and it gives one time to think.
It hinges on security—
how closely lies the *brink*?
It's SAFETY that concerns one—
no 'gators in the swamp...
as one might work to drain it (?)—
be undistracted by that "romp"?
.
It's protection from disaster,
and defense against disease;
it's redress from all the worrying
one procures upon one's knees.
Not a ramp-up of one's anxiousness,
that distraction from the path...
which ruins satisfaction—
runs a motor out of gas;
in safety, one has time to think—
to ponder, more, our stars...
to give some thought to flying things,
like saucers and cigars!
.
The fourth tier is a puzzle
and maligned—misunderstood.
Worshipped and detested,
call it lust or something *good*.
.
It's tumultuous, a wildcard.
It can make you sick as hell.
It's like dancing with the stars
and hearing ringing—pealing bells.
.
Providing for one's basic drive,
it's woven into love,
or pounded into sabers
used to strike that spark above.
One shall not rise above it...
this tyranny of genes—
denied, it sneaks upon you,
and shall visit you with *dreams*.
A column of one's total drive,
it shall not be dismissed.
This tier of your potential
is the tier that would be *kissed*.
.
...But, then one wants "belonging"
as a fifth tier finds its place.
One wants to feel useful and...
a PART of something graced!
And, this is fine and dandy
'till it's used to take your hand
and then lead you down some primrose path —
mere fodder to be damned!
.
One finds belonging to one's SELF
the better path, you see—
a path so ever upward
in a climb to make one free.
Yes, free from grievous despotism
that takes away one's edge,
free of harsh elitists
who would have us live THEIR dread.
.
...Free from all behaviorists,
their programs and their chains,
free from all the guilt imposed,
the charges, and the blame.
Belonging's fine until it's used
to cause one further pain.
It's, then, a mechanism
and a collar on your brain.
.
Oh, then there's recognition
and rewards that that entails.
A sixth tier may be added,
and one reaches, grasps...and sails!
It's here there's contribution.
True ACHIEVEMENTS can be made!
One provides for an endowment
which is loath to dull or fade.
.
One's competence unquestioned (?)
and esteem needs justly met (?),
one looks around for what is left,
to pick up, savor—GET!
Perhaps one takes the high road
and decides, instead, to give...
in a manner self-providing one—
with WHAT one can't pretend.
.
Perhaps it is the time one has...
to hear a different drum.
We need unique perspective
for the future that must come!
.
Perhaps it is the time achieved
to clarify one's mind,
to look instead into that light
we're *warned* would strike us blind...
.
Pyramids-Of-Maslow-II-of-II
lehmberg2002@gmail.com
www.AlienView.net

Maslow's Pyramid. From the golden age of psychology... but still considered today. ...But, still!

Amazing, the stuff that must come to light in that self-actualized brilliance—what that journey portends. Why even a super powerful gestalt humanity linked efficaciously with computers (and suggested first, imo, by Theodore Sturgeon). Oh, to reach up and touch THAT on its shining face. ...And that just a facet of our potentiality...

Likely it is the potential of which we cannot yet conceive ... some new thing used in a way as yet unpredictable...

Back at the ranch... A key condition of Maslow's Pyramid seems to be that as the preceding level is consolidated there is time to consider the formulation of the next level. There must be, though, that consolidation. People want to self-actualize, are predisposed to it I suspect. Only, hindered, betrayed, abused, and cheated... most must fail, eh?

What advantage and advancement is pared away when a "sociopathic society" pounds a "square" peg into a "round" hole... or the inverse of that. Whatever is least attractive to the pounder I'm betting — who should really just pound sand.