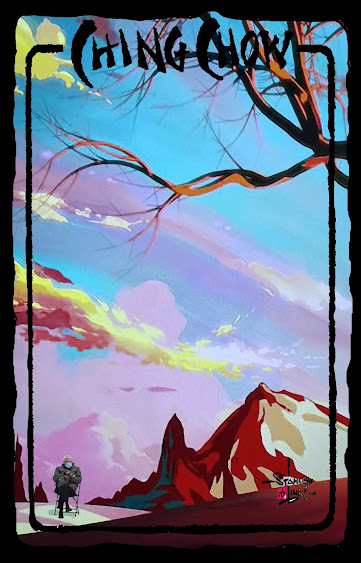 Here's another hurdle
keeps the "saucer" folk away.
Just look with open eyes
before you turn your heart away!
There ARE predaceous Christians
who have nothing good to say:
those, sloppily, all wet-eyed...
—like Jimmy Swaggart—
when they pray...
...who then do their fellows dirty
as the order of the day!
.
...And too, these won't self-criticize.
They won't "debate" their "Christ."
Degraded and defiled outright,
They're in, friend, on the heist!
Where one won't truck hypocrisy
Or a Christian's graft and crime
they obviate their relevance
And deserve their prison time.
.
...But watch them singing sweetly
from their "television pulpits"
while the harried and betrayed
are made to pay;
watch them wallow in the excess
that they've stolen from their *faithful*
as they profit from egregious
ways they pray!
.
...And all the while whining
it's "their" persecution's real!
They say it's them who're hounded
as they spew mendacious squeals!
This is just a tactic
to confuse the way you feel,
so their programs might continue!
...They can lie 'n cheat 'n steal!
.
That's the way it's always been,
the way they write the deal.
It makes you docile and non-threatening
it makes you glad to scrape and kneel!
Too, invented validations
fuel an ignorance so pervasive,
it obviates the UFO!
Disclosure's made "evasive"!
.
How? Well, "They are piloted by demons;
"this is found in God's own word!"
"Believers should be stoned in Christ,"
Pat Robertson's inferred.
This they'll quote from *bibles*
mal-translated and... absurd.
The resulting machinations?
Bad "Agendas" are inured!
.
Too, their total *mode* and *flavor*
is so back-woods, and inbred!
Are we downwind, green-toothed cowards;
is imagination dead?
The wheel's uninvented (?),
and we drag our stuff on sleds?
We could orient to light, good folk...
but provoke the dark instead!
.
They'd ignite their Christian chaos, too,
but they blow it with their graft.
Humanity has flowered
where Religion's kept in track.
Left to abject Christians
we'd still shiver in a draft;
starving, soiled, and miserable,
we'd be cold and wet and daft...
.
Make their shamed *investment*?
Take your eyes down from the sky?
Follow their example, friend?
Ignore what "swoops" and "flies"?
Why, do the same as they do
and you'll wither down to die
like you never knew what's "spiritual,"
or the sack to wonder why!
.
It's them puts off the *saucers*, see,
and they do it with such perk!
Monumental cowards,
fallacious sneaks with irksome "quirks."
Performing "absolution"
that they know could never work,
but still do it with intensity,
busy, fervid... ...with that smirk!
.
...And that is sheer insanity
this "dog eat dog" they sell
as imposed by pompous *eunuchs*
shilling angels where they fell.
So, sorry... too pre-renaissance.
Too homocentric, too.
Too flatly "homo-morphic"
for a proper Alien View.
.

The worst work with passionate intensity while the best have lost all conviction, to paraphrase Yeats. I regret having to quote an elitist, a mouthpiece of justification for the "man," but there you have it. ...Where words make a fist... they are a weapon, whosoever's swinging them, eh?  I'll appropriate a Yeats for good cause.  Who indeed are the worst working with such passionate intensity.  Not who we thought, I'm betting.