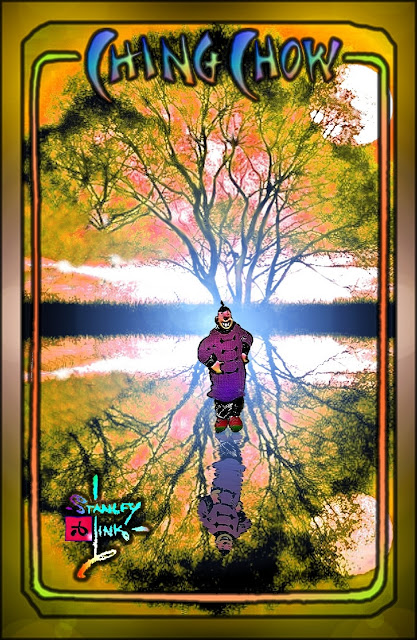 L. Moulton-Howe? I'd surmised she was heavy. By that I mean plump, ponderous ... weighty. I'd thought she was mannish, had gained *too much* weight? ...Since beauty queen days she’d emptied some plates. A butterball picture preceded her lecture, I'd thought her an endomorph—too fond French confecture...

And what's wrong with that—well, not a damn thing; it's preferred is the point—as a way to still think.

Oh, don't get me wrong ... I'm making no judgment — I fight it myself — I'm as fat as da' gub'mint. It's just that it's better to get the full message unfiltered by beauty's beguiling advantage. Balance ... confused and derailed enough by diversions inflicted to shake it all up!

I don't want her to *thrill* me... but that I'd want her to share... all her travels, conclusions, and what she's found where. I don't want a romance, or a man/woman thing, but I do want her mind and the songs it could sing.

I wanted her portly, to give her words weight; all 'prettiness' suspect! It changes things, mate.

She'd been just a voice, but I'd heard its expression; its concern, its grand sense ... its truthful connection. She was honest, and forthright ... brave to bring light to a darkness we're facing... ...all near the same plight...

...Our world is dying; her words were its tears. She clearly contends valid reasons for fear! The lungs of our planet are burning up daily, the fish are expiring! She points it up plainly! Conspiracy's real, and it gushes from founts! Enigma's approaching — anomaly mounts!

T'was then that we met, and I've got to be truthful ... transcends the ethereal; good Christ... she is beautiful! She was standing, alone, in front of the lift as I turned a sharp corner — struck dumb and bereft!

I held out my hand and tried to say something; God knows what came out; I felt speechless ... presumptive. See what I mean? Beauty is tyranny! I’d comment to make, but I'd lost all epiphany!

"...You are Ms. Howe..." my question a statement, she said, "why, ah…yes." And her smile was radiant. Her dress was so light, and it moved without breeze. As we walked to the lift? ...I was weak in the knees.

I was fifty years plus, with a seasoned immunity to "the ways of the flesh" in our human community.

...Still, I'm swept up, beguiled, in the scent of her clothes, the wave in her hair ... her pedicured toes. My mind was in hyperdrive, and I grokked her detail... those alien eyebrows, the questions entailed.

Then the way she regards you, your secrets laid bare; I felt compelled to cover up, ashamed what she'd find there...

...See, I'm unimpressed by General Officers! I bow to few women, no strutting, proud man — but something about our Ms. Howe is quite different, and it sails passed beauty ... she's sincere — understand?

...Well, she was on two, and I was on four; we've one floor together, then she's out the door. The time that was spent in the short little trip? I'll remember a while. Though it went by so quick.

I thanked her, her courage, and I lauded her book ... "would you autograph it please," and she said she surely would. ...And then she was gone, and the doors had rolled closed — Linda Howe's a strange treasure, a flower...