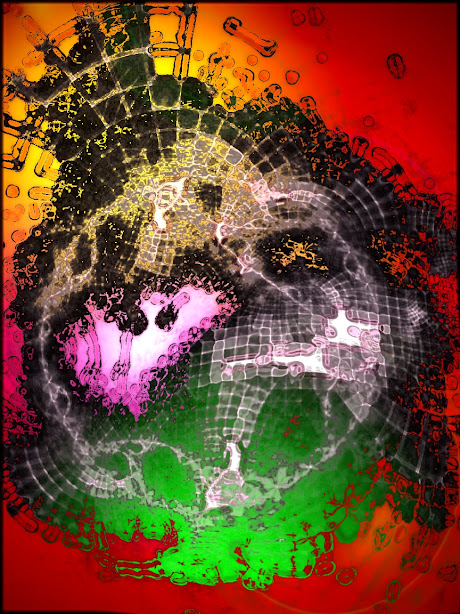 Good News, Plus...
by Alfred Lehmberg 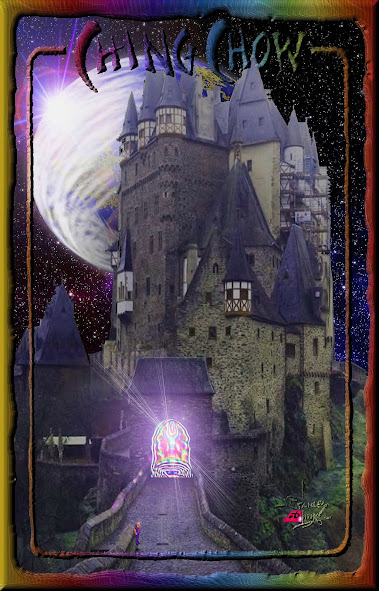 .
.
So... glamoured, I gaze into endless dark skies.
Skies, so pro-capable of spinning vast lies.*
The kind of a sky that snatches your breath;
a beautiful sky that all must regret...
remains it's alive with an uncommon light
to question "contentment" or query what's "right."
.
...Then it appears so abruptly I'm startled,
A CRAFT (?)—or A LIGHT (?)
...but, you call it, Ronald!
It assaults my cognition
and assails one's senses...
it batters perception...
I'm rendered quite senseless!
,
...I shall not be sorry for bearing such witness;
dismissals are facile, sans courage, and witless!
.
...And it swayed (!) and was pulsing
across the dark sky!
Its speed was inconstant!
I'm seeing this, Clyde!
.
...And, I know it sounds crazy...
Yes, I know it's obverse;
what I can't tell you outright?
I'll express it in verse!
.
See, the verse is a transcript
of what has been seen—
"disclaimer" provided
as verse is demeaned?
Still, happening in fact,
all it takes is one time;
then, self-honesty dictates
a change in one's mind!
.
...It *wafted* along
—its purpose a mystery—
bolstering tales
which litter our History!
.
Too? Doing away with those tales we're told;
to deify "fathers" who make us less bold!
Hear epics of "heroes"
to which you're compared...
when they never existed!
...And you're "unworthy," Mon frère?
.
Rather... I propose our history's lies
are toxic cloth we should despise...
a damned and thread-bare tapestry!
A cloth of artless sophistry...
contriving that which holds us down,
supports too few—sports errant crowns!
.
...For I've—so—seen "them" flying
in the glittering above!
It was certainly not an airplane,
or a seagull or a dove!
This... thing was not an airship,
or a storm cloud, or a finch.
It wasn't Hynek's' "swamp gas,"
then, you smirking son of a bitch!
.
...And then at once it brightened,
and I thought it must explode!
It dead-stopped in the star field and then,
flickered, burned, and glowed!
I held my breath to wait and see
what this might be about,
then, it did the damnedest thing!
It but flickered... and went out!
.
Awestruck—I stared, befuddled,
into empty star-filled space,
my chin a'bounce from buckling knees—
I'm so gobsmacked and amazed;
...then *daughter* lights came out to play
...along "meanders" traced (!),
and flashing red and white they're GONE,
departing in all haste!?!
...
...
...
All the stars are laughing then,
or it seems so on reflection,
that I was there to process
this anomalous projection.
A common man without "Doc's" letters,
"without portfolio"
—inconsequential... unimportant,
...Sans braggadocio!
That I could be the one to see
this para-normal light...
which was visible to thousands,
maybe millions, am I right?
.
That I would see this strangeness
so belittled by "the news"—
that I'd... more clearly fathom...
all the wonder it imbues!
The "greatest story never told"
and what it just might mean...
the actualizing of oneself ...
to better "hopes" and "dreams"!
.
...Though, we have had our "trust" betrayed,
been thieved from "fair and square";
our air and food are poisonous—
water's getting rare!
So, I'll not then be buying
what our "ruling gentry's" said,
as they've clearly been untruthful, cousin!
I would do this then, instead!
.
...I'd Cop to "living" skies, my friends!
They're not an errant joke!
Too, they're in no way beholden
to those persons blowing smoke!
.
...To me at least, it makes no sense...
this entropy of common sense;
this desolation of the self;
this final loss of mental health?
The losses 'twixt your "hawks" and "doves"...
The deaths of wholesome care and love...
.
You so choose, at cost
—so stow it—
then, cheated and alone...
...you blow it?
.
...Though, STILL be optimistic
in this blackened Winter night!
Lights will still move strangely,
but they won't increase our fright.
They are, instead, strange "alternates"—
alternatives—new voice!
They do not pay observance to the "man"!
They offer CHOICE!
.
See, that's the real problem
with what "serves" us as "Officials."
We're offered an "alternative"
which, then, could be beneficial.
"Kings" just as soon have none of that;
they'd keep you on your knees—
they'd introduce reductionists
and substitute "disease"!
.
UFOs? A comfort
when compared to our own kind...
who'd let their own just starve to death...
driven crazy, sick, and blind!
The lights can be, then, much preferred (!),
compared to me and you
or the fulsomeness of anger
'twixt the Christian/Moslem/Jew!
Their lights are then more favored, friend,
than governments of hatred—
"governments" down primrose paths...
to "hells" for which we're fated?
.
...And me? Well, I'll be watching
for those "lighted cosmic ships"
... entities thought sailing in an ocean sky eclipsed?
...And I won't await "consensus,"
or a "scientific" nod,
or the words of fulsome "ministers,"
or the mewling of some mob!
.
I've seen them fly—goddamnit!
How worthy, then, your sneer
...I've come to understand, my friend,
just masks a coward's fear!
.
You think that I'm affected
by your lies and obfuscation;
you think that I'm controlled or led
by vast prevarications;
you're thinking I'm a hapless clone
to listen and obey—your drone?
.
Get a grip, you're almost through...
our times are fast a changin'... ...true!
You miss the train and won't perceive
you're standing on its tracks, you see.
. 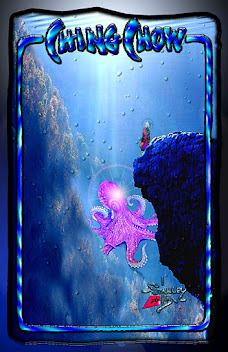