What's another hurdle
has the *saucer* people fretting...
while observing what evolves
to be our fate?
It's the treatment of our children
in their squalid little classrooms
where we teach our "party-lines"
to kids betrayed!
.
Half-truths and distortions
fill our books all out of date,
and kids wallow in this fantasy
produced ...'til it's too late!
See, It's the text from too few publishers—
it's fundamental Christians;
it's chiseled moms and dads
who pay the freight
for Smaug's decisions!
.
Yeah, it's these damp and rotting classrooms
where we've sown what we will reap!
They're designed
to make kids hate them, see...
...if you hadn't made that leap!
Staffed by "the worried nervous"
who are loath to "light a fuse,"
the "teachers" are expendable,
so it's them who turns those screws!
.
Almost, like it's built to fail—
creating the delinquent
...burn them from the middle class
to fill one's corporate prisons?
Keep them skill-less and belligerent
so they earn a lessor pay;
keep them hopeless and indifferent;
have them grovel;
make them pray?
.
...Contrive their educations
so there is no *education*
(to discern, as such, some quality...
...one might say);
give them grades to fill the job-fairs
for the "dead-end service worker"
that the corporate boys "provide..."
for lesser pay?
.
Then, the insult of our nation,
the 'man' is selling education...
...which would keep folks from
the meanest kinds of work...
It's big bucks to go to college,
so the masses never go;
that's reserved for Buzz and Skippy,
but forget that working Joe!
Dependant on the money—
stuff that's in "some short supply"—
well served is corporate welfare
where so few can live so high!
.
The *watchers* watch us legislate
this "...conscious disrespect,"
grasping talons of the *rights*
of "priests" and "kings."
So, they wonder if we're sensing
we're consuming all our "seed corn"—
that we will the grand disaster
that this brings!
.
Do they marvel on our "process"—
(our unmitigated gall...)
to rob a blighted "Peter"
...to pay a rich, benighted "Paul."
Do they further ponder thinking,
as we make this "trigger pull,"
why we're truly so disordered,
wanting honor, and so dull!
.
Yes, it's how we treat our children
...keeps the saucer folk obscured!
It's our "game plan" of indifference,
then, to which we are inured.
It's our wanton lack of horse-sense
as we use our kids for grease...
to lube the tracks of profit
for the few who do the least!
.
The saucers surely judge us
but continue their "recording,"
as they dodge about,
and blink out in the sky!
...But it's we who'll bear the judging
when we read it sometime hence,
and there won't be much to laugh at—
and too much to make us cry...
. 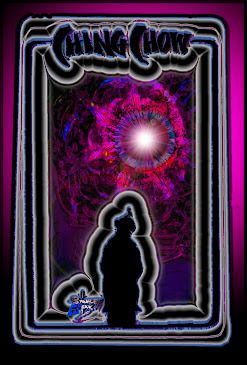 ...The joy, of course, after that settled cleansing of initial sorrow? It will be indescribable! We'll share that joy and it will be increased even as any remaining misery is proportionally and invariably decreased. That's the way it works. This writer's intuition is that such is the nature of things where spades are identified as "task obvious" shovels!
...What's "trigger pull"?
Well, succinctly, it's the act of pulling a gun trigger. A combat veteran, I've adequate experience with the concept and consequences of same. See, "trigger pull" is the line of demarcation between the actuality of "before one pulls the trigger" and "after one pulls the trigger." Between these two concepts is a GULF... but it is the thing achieving the formality of actual occurrence (or not), or, the "trigger pull," to which we allude.  "Formality of actual occurrence" is a key concept. It happens... or it does NOT happen.
Before one pulls a trigger, one has an egg. After one pulls the trigger one has a fried egg... one shan't un-fry that egg, eh? In turn, it seems that many times a dud is the preferred round. See, a fried egg's fried forever after.
It's like sex, in a way, too. "Before" is a teasing itch. "During" is, trigger pulled, that itch deliciously scratched. "After" is having to live ever after with the consequences of that scratched itch. Pregnancy perhaps, Disease perhaps, Embarrassment perhaps, Violence perhaps, Loss of trust, family, and property... Pecuniary liability... Guilt... the downside is legion, even fatal, eh? The upsides are few and far between...?
I pulled a now regretted trigger once in combat haunting me to this day. Combat is no excuse. I killed because I wanted to kill, lusted to kill, before... then during... with absolutely no thought to the ever after. The ongoing "After" is all that remains. Had I known...
Southeast of Ho Chi Minh City (then Saigon) in late 1970 there was a small if inexplicable out-cropping of rock amidst the paddies with a tiny cave mouth ensconced in the south side of it. Perhaps a Holy place, it could have been there since the beginning of time. "Charlie," (an affectation for "Cong": used to dehumanize fellow humans like "Gook" or "Slope") was supposed to be in there. An Aircraft Commander for the 135th Assault Helicopter Company, I'd flown a Special Forces team in by UH-1 to deal with the "problem."
The team leader, a Sergeant First Class with three tours in country—he liked it—asked me if I wanted a "piece." Misery does love company, eh? I, too eagerly, accepted and spent the better part of an hour chunking M-40 grenades into the cave mouth with an M-79.
Good times were had by all. We cooked up some "C"s and told war stories. I must have put 30 rounds into the small cave mouth before somebody, not me, went over to have a look... Worryingly, there had been no expected secondary explosions...
Finally, one of the team's "Tunnel Rats" went in to see, at last dragging out a badly chewed-up teenaged boy. No weapons were found... Want, lust, and eagerness evaporated pretty quickly reader, and I am tormented still.
Finding out we were lied into that war, too? The torment and regret only gets worse. I flew back to my presently erased base camp at Di An not at all the same young man flying out.
There were consequences to my actions that I'd not considered beforehand, see? Fried eggs remain fried, remember. I stayed in the Army as it turned out and was assiduous about that lesson to superiors, contemporaries, and subordinates alike, thereon, for the remainder of a 23-year career.
Think before you pull the trigger. The "before" and "during" are many times too well trumped by the eternal "after," and that can burn like a hot twisted knife...
...Restore John Ford!
at April 28, 2021 No comments: