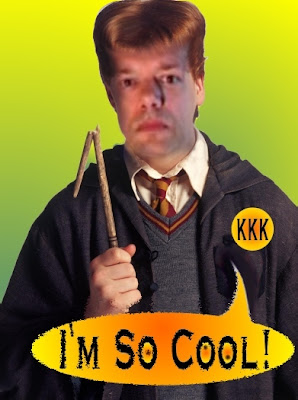 We need to be rich;
we need the reward.
That drive toward wonder—
not to suffer false *lords*!
We need the cold challenge
not over protective!
A goal that is real
achieves the objectives.
Some think it's science,
but *science* has bastards.
These "bastards" are jealous,
insuring disaster!
Just who are these *bastards*
who keeps us in caves?
Who are these *jealous*
who keeps us enslaved?
Who are these shadows,
and demons, et. al.?
I think I know one!
Klasskurtxian Kal.
Klasskurtxian Kal
is aflame with inflection.
He fans at our hatreds
imposes "projection."
He works as a shill
for a shadowed unknown?
He's all proclamation
as Friedman intoned?
His research is all spin,
and he makes grand assumptions:
that *records* are truthful—
that *bunk* is presumptive!
That Jesse's a liar,
and Todd's a "truth fountain"—
that nothing has happened!
That he's BEEN to the mountain!
That he has all the answers
elusive, contained!
That Stanton is crooked!?!
That David's insane!
That Kevin's deluded!
That Jean's unimpressive.
That Brian (and I),
in turn *lost* or *obsessive*.
Now, what is Kal's purpose?
What's his agenda?
I'll bet it's abstruse.
I'd bet it offends ya'!
I'll bet that its effort,
at best, won't deride
what is worst and corrupt
and what hurts us besides!
I'll bet it's a challenge
he thinks he can win.
Ufology's weakest,
where proof is made thin.
I'll bet that it's mocking
and smeared with a sneer,
the mere smirk that he musters...
more smoke up your rear!
I'll bet it's distracting.
I'll bet it supports...
"conservative" interests
reward his *reports*?
I'll bet it's fallacious,
and filled with distortion.
I'll bet that his logic
is twisted contortion.
I'll bet disingenuous,
a prevaricated story
which screws up that data...
to support errant glory.
I say this despite
that he writes me *kind* notes.
He'd deign to be rational—
like it's me who's the joke!
But I'm the one laughing—
it's him would go private...
he is but risible,
and I'm not a pirate!
His view is right canted,
only cloaked with the opposite!
His take is *convenient*
and sullenly obstinate.
He's grossly one-sided,
and won't take the dare
that Rudiak laid
at his cave mouth one year!
Kal fronts for digression,
his aim is off task,
so giving him credit
is sweat on our ass!
Don't bother with Roswell—
'cause that's not the issue!
Assume that it's specious
...just all that he's said.
Assume then that Marcel
IS a thief and a liar,
his son a bad apple
...and probably Red?
Friedman's a fool?
And Randle's moronic?
Jean's self-absorbed?
Dave, needs colonics?
That NOTHING is dancing
in all kinds of skies?
That nothing's engaged
in the hiding and lies?
There's nothing in evidence—
no smoking gun
which warrants a look
(where we don't look!)?
I'm stunned!
Then, what have I seen?
What's the stuff in my sky?
Pictures from Shuttles
are not telling lies!
There's more than mere Roswell,
and Roswell's still true!
Exception runs rampant,
Kal misconstrues!
SOMETHING occurred
in the desert that day
...something peculiar—
and we are BETRAYED!
Why aren't we looking?
Why don't we care?
And, have a close look...
to find Kal standing there!
lehmberg2002@gmail.com
http://www.alienview.net/

Him, and those like him, breaking into a practiced, too casual and gaslighting laughter at the mention of ubiquitous conspiracy...
Korff, a slavish and opportunistic faux-patriotic expatriate (...only an idiot tries to pull that one off...) is one of the living reasons for ufological retreat, intellectual failure, and our spiritual despair. This is forgetting that Korff is to the klasskurtxians what jailed felon SEAN DAVID MORTON is to the, still preferable, too credulous.
See, it's not about Roswell, it's what Roswell represents ... a potential for, comparably now, a *free* energy and living off the meter of the man, indeed a possible whole alternative to the man!
It's about individuals achieving and maintaining more autonomy in a more *utopian* world, or at minimum an aspiration to an achievable same. This world is dreamed of now only in the purest fantasy... where it might yet be a reality... A wonderfully satisfying new world where individuality actually counts for something honorable and is not restricting, exclusive, disrespectful, or harmful to the environment. There is more to life and living than any mendacious and authoritarian wacko neo-con, like Korff, can offer, flatly.
The bunch who opposes the potential for the preceding suggested utopia and personal autonomy—the ones who would pay that upkeep on the aforementioned unjust and world-destroying "power-meter"? That's the bunch Korff fronts for... I suspect... presuming his mental masturbatory needs are met, of course!
No... something really momentous is shaping up in the air around us, and I don't mean millennial fabrication! Everyone knows it, metaphorically, to one degree or another—but Korff! Korff unintelligently professes a purported IQ of an astonishing 200! One would think he'd figured it out!
But no, Korff only too gleefully re-glues churlish scales back to our eyes. Yea and verily reader, Korff would entreat the reader, for all his truculently bumptious and tedious protestations, that he is in reality "a humble revealer of truth" leading the ever grateful rest of us further from the danker recesses of our cultural cave. Korff would claim to protest the dying of the true investigator's brave light!
In turn? I bray with the most derisive laughter.
Korff would argue that I was the zealot clouded by passion and compromised by unsupported belief... but only a zealot could discount the OBVIOUS anomalous for the mediocre muck-raking romp at Roswell Korff purports... a truly bizarre occurrence jerked back and forth across the line of credulity so often that it has been rendered into the status of an urban legend!
Only, discounting Roswell as mere urban legend provides a disservice, as all inaccuracies and distortions must! All the less famous, but still genuinely anomalous, can be receded further into Korff's scurrilously induced shadows!
...Just a current position, adjustable with the arrival of new evidence or information (any other way engages sheer stupidity I'm thinking), but that's the way it appears to me. And you know, over a period of some years, too.
KKK... imo a First-wash Four-square Cyber-skunk... first, last, and always...
Restore John Ford!
"Shoot Them Down"! --
http://www.youtube.com/watch?v=-bKSv39vP-4
Quadrature --
http://www.youtube.com/watch?v=jUsibuRcXpc
Wendy's Song --
http://www.youtube.com/watch?v=w6yc-HTSucE
Rudiak Rides Again --
http://www.youtube.com/watch?v=D-lIhWUEeXI
HyperSpace --
http://www.youtube.com/watch?v=tgp1EBoNDik
Taken --
http://www.youtube.com/watch?v=zQBxioqtHCA
Always Searching --
http://www.youtube.com/watch?v=lrUY1QWZfCU
SkyLights --
http://www.youtube.com/watch?v=SWg6OCWyoig
at February 10, 2007 No comments: