Dare To Fly The Rocks 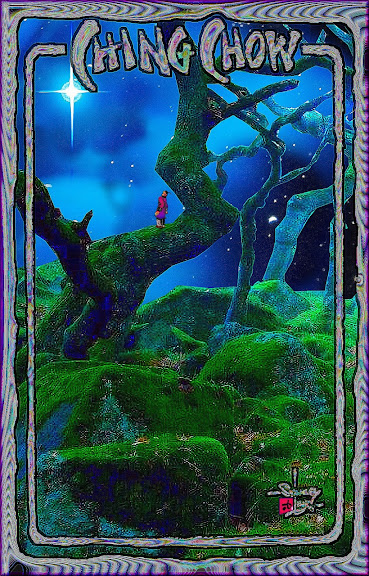 
You've heard it called "Our Starship Earth,"
and metaphor that's not.
See, this is just another notion where
—as yet—
we don't take stock.
.
Earth is but "conveyance" friend,
a "liner" on dark seas...
if seas were black but splashing stars,
and a solar wind, the breeze...
.
Our ship? It has an engine
in the form of our sun, Sol,
though presently we must admit
it is quite beyond control...
The track we're on, predictable,
and measured such and so,
the Toltecs / Mayans / Aztecs?
They were somehow... "in the know"?
.
They conceived of monstrous bodies
who were Gods they suffered, then...
and angry, these made trouble,
so were something "less" than "friend."
Possessing awesome power
and the wealth of cosmic kings...
those treasures are unguarded now...
It's time we evened things...
.
Why... we could learn to "fly" our moon!
Yes! ...Fly the "rocks" in all our skies!
Pay the *rock jocks* handsomely;
let them leave if they desire!
Let them grow to independence,
and the Earth should help them "go,"
with a grubstake minus promises
that a profit they must show!
.
It's then we'll live among the stars,
and safe within our "rocks"!
...These spin, by law, for gravity—
"cans" of earth and common stock...
In space, there are raw elements
of the type that we can use...
facilitating living space...
to live there; that's the news!
.
See, no need to "build" our ships!
Pack asteroids with ice,
and heat them up with mirrors, friend*;
blow them up like bubbles ... nice.
Arm the poles with thrusters,
then, to keep them good and "firm,"
and live like beings who pay their freight—
free to live and grow and learn!
.
Then "mine" your home—imagine that!
You carve new rooms for MONEY, Jack!
Your home gets bigger as you go,
you move in families—
then what do you know!
You're living in space
importing from Earth;
but exporting the "stuff"...
that shall lift the Earth's curse!
.
...And in this sweet bargain
a threat is reduced;
it's used up improving star systems to use!
There's WATER and EARTH
in the skies up above.
It threatens us, NOW, like a fist in a glove!
.
...But turn it to profit?
We move beyond strife!
We END our indifference—
we turn it to life!
.
The closer the bolus
(you'd think, off the cuff)
would threaten us most
if it scared you enough!
Though, that is NOT true,
you're spinning your wheel;
the truth is it's BETTER
the closer they reel!
.
NEA's are our bases!
We launch our assaults
on a threat unimagined
AWAITING us, Walt!
Largess arriving
from the far stellar reaches...
where stars have exploded
from those pasts that just reach us!
.
So, worse comes to worst,
and the planet's hit anyway?
Then, your savior flies down
...from the asteroids, Hemingway!
.
Our eggs, as they stand,
are in one lonely basket,
and be well assured
we inhabit our casket!
Humanity's doomed
if we don't move from here;
this is not overstated!
...Good science is clear!
.
And, yes, comes a time
when they'd want independence—
like children, I'm posing
—new nations are born...
Mere seeds of humanity just leaving for parts
they've discovered in space
...that they like; they're reborn!
.
These persons, like children...
...will apart from us, stand!
They'll have new allegiances
to themselves ...UNDERSTAND?
...Just as with our kids,
they're off on their own...
they've family and homes
of their own... we can't know!
.
Don't call it betrayal.
It's a given they'll cleave,
be off on their own...
living lives as they need...
.
...But were you a parent
who was loving and fair,
and so wishing them well
but supportive, mon frère?
...Or were you a tyrant
who was grasping and cruel,
mendacious, abusive,
corrosive... not cool.
.
Of course, if
respect is desired by Earth?
Then the Earth... perforce,
must step up first—
all the cups then overflowing
with good will,
and no one thirsts!
.
We can learn to fly these "rocks,"
abounding nearby space;
we can use this "Last Frontier"
and benefit our race! 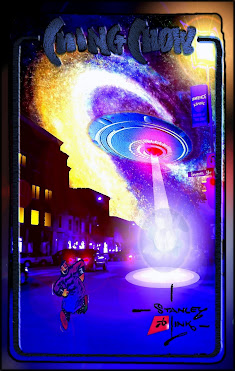 ...We could stop being a cosmic embarrassment to ourselves AND those conjectured watching. We could end any imposed quarantine and maybe taking a step regarding our enlightening growth and species maturation. How long were we going to get away with befouling our ecological "beds" and just pushing it down with our "feet"?
Everyone wants respect, independence, and self-reliance if they can get it. Some earn it and don't get it. Others get it and don't earn it. We might provide for more of an inverse to that?
See, send someone to the moon long enough and the children of those sent, the very next generation, become Lunan. Visitors to Mars, after a time, become Martian. Your children, their own persons.  It's the same thing.  They mature to stand alone. ...A sentient God, or parent, would understand that.

It's the motivation, the approach, and the attitude of the motherland; however, which seems to dictate if the colony becomes an *enemy* or not ...if I am to believe history, any portion of the good-faith efforts of my *founding* fathers, my own observations, or the plotline of Babylon 5.

The asteroids we "colonize" could become like Plato's little city-states, banding together into loose federations of their own? Declaring one's independence from a hated, clutching, and abusive Earth? What a curse of fate THAT, to be predisposed to jealousy and hatred, eh? No!

No, it just doesn't have to be that way. Better to let them go. What's the end result of any colony, anyway. They don't seem to have worked well for any parent country. Simple greed has provided for some real atrocity of a kind that transfers parent to child, always. First learned is hard unlearned.
Better? Profit hugely, rather, from a success that was always (?) encouraged in atmospheres of mutual respect and appreciation. Right?  Is that beyond the pale? It sure has been... and this writer, one in the winter of his winter, has not been able to see any sensible reasons for it, at all... gratification of ego is just...  Not...  Enough!

Rather, it's about survival, whether your children can stand on their own two feet, and if they have REASON to love you enough to include you in their successes. Independence is a given where possible—it's understood. Moreover, it's required. And a hand of fellowship can go out... even refused and insulted... spat upon. A proper God or parent would understand that, as we observed earlier.

So, let's quit screwing around, cop to the inevitable, and go fly those rocks! Again, we've everything beyond imagining to gain, and nothing to lose but our default regressive cowardice... and perhaps? ...The sure extinction of our species.