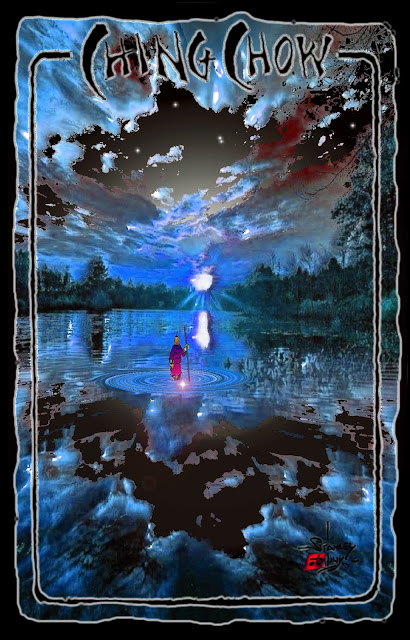 *
See ...I'm a *wacko* like John Ford.
Can I safely be ignored?
A meager poet—you must be bored—
it's "white-boys" rapping?
But this rhythm you might hear
could have you crying in your beer—
and not so far from here;
I see it happening!

*
Is our future writ in stone?
Could we go it all alone;
how can we all condone
our common sadness?
Think of Aztecs looking east,
"...A bearded savior? Start the feast!",
but surprise!
Psychotic Christians flogging madness!

*
We hear of Ford the "Gun Nut"—
advised he's got a 'wide butt'...
and how he hangs with "scuts"
and "wacko losers."
But no, he finished up at College,
and he used his "Master's knowledge"...
...to complicate the "business" of abusers!

*
That's what I would plan to do,
our Constitution through and through—
you'd remove it from my view?
You scabrous flunky!
The stuff that you comport
wouldn't stand in any court!
Though you call yourself a *sport*?
Your shtick is funky.

*
Retired from the courts
—John's a cop of sorts—
Republican in quarts,
and mourning justice?
Hell, he sounds just like my dad,
and it kind of makes me mad,
yes, more than merely sad
at this injustice."

*
See, it seems they call him crazy
'cause he's not the least bit lazy
on the subject of
those goddamned  "UFOs."
Yes, he believes that some touch down;
he even thinks they're underground;
at denials of these "facts,"
he's thumbed his nose.

*
Well, the Suffolk County boys
should gather up their bully toys—
and make a similar noise to label me.
I've similar beliefs,
and know there's small relief,
as the "man," that slick-mouthed thief,
destroys our freedoms!

*
Yes—I am made of sterner stuff
and I have had, now, quite enough...
so I rise up rudely rough...
provoked to rage!
Unrepentant, I decry
the "system's" mixing truth with lies
so the former is denied (!!!)
... the latter praised!

*
Well, that's not right on any level;
that's credulity disheveled!
That's our sentience soundly rogered
for a slut!
These will pay for their injustice
And John Ford will know some justice...
Ford should be restored...
and nothing but! 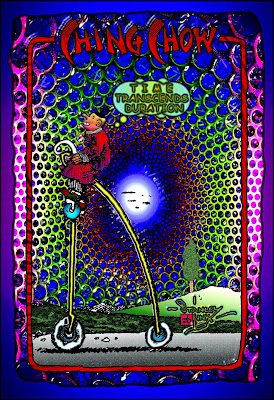 Think about it! Had the Suffolk County boys established the beginnings of legal precedent justifying a contention regarding a "flying saucer incarceration"? IOW, believe in flying saucers, friend, and be unfit to stand trial, be thrust apart from the "protection" of law and its "due process" into an institution for the criminally insane?  Whoa!
~
That's one nasty legal precedent. I say true. That's some full-on societal FUBAR and totalitarianism's authoritarian, is that fair?
~

Too, where did John Ford get the "radium" in question?  Was it of a dangerous variety? Was it "radium" of a minute quantity to calibrate recent radiation detectors Ford had recently procured for his research? There are answers to those questions.
~
Conspiracy recorded on audio tape?  Even presuming the actuality of such a conversation, as charged, between the men, what if Ford— "lik[ing] to talk about what he would do to [even imagined enemies?]"—, and not KNOWING about perhaps PLANTED "radium" in his pickup truck...
~
What if Ford was encouraged, by that police employed 'wire', to fantasize about same ...in the manner similar to the way you could with me, reader, if you told me I could press a little red button in your outstretched palm and watch Pat Robertson's porcine head explode on network television?!  Even now I scramble for that button in my mind [sardonic grin]! Digression alert!
~
Let's explore that Pat Robertson fellow a little.  How much concern am I to have for the prerogatives and sensibilities of a person who gloats heartily at his "Lord's justice being done," as I am beaten to death by members of his cack-witted crowd for not validating the God he makes in his own image... to do his own bidding—prosecute his loathsome, regressive, woman-hating, and freedom destroying bidding. ...God, but I loathe those guys...
~

...Perhaps it is not acceptable for me to make such an expression of outrage and loathing even when our lovely Doctor Robertson makes every indication that I should be *dispatched*, as I point out above, in even crueler fashions for failing to validate his pestilent faith with my respect... ...and on National television, too! What goddamned gall!
~
That I should have to die ignobly to feed the "God" of HIS foul imagination and self-fluffing interpretation … or yours, reader—even mine, but especially, John Ford's Suffolk County's! ...And we're back!
~
John Ford suffers similar bigotry prosecuted by what turned out to be REAL, read convicted in turn, criminals, not just willing ones like that effulgent swine Pat Robertson!  Is not that the REAL madness!
~

Restore John Ford! Now! While he has any quality time left at all! ...It's been since 1996, reader. Real murderous psychotics have been released from prison since then. ...And released from Suffolk County prisons, too, I'd wager, to kill again.
~
There's some ugly irony, but then most irony is. Why is John Ford, and I'd bet the farm entirely innocent, singled out? Why, indeed.
~