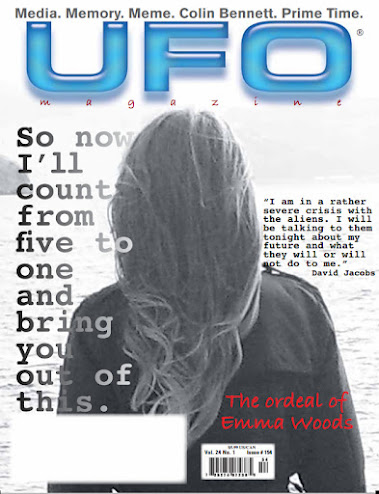 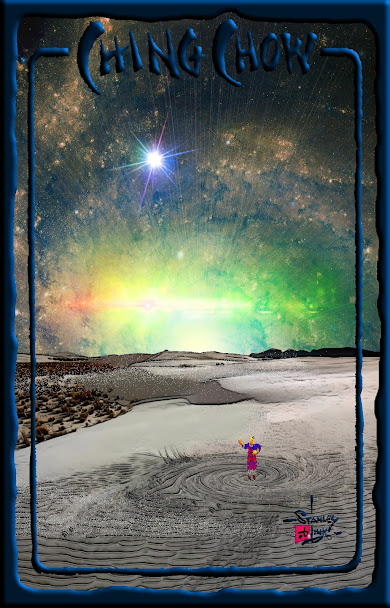 .
.
I must have ninety hours, now,
good film on UFO's...
not counting books and pictures...
other persons that I know...
If some believe me... "immature"...
for my "consuming interest"?
I can, but only, point straight up,
to indicate... the endless...
.
...Sure, and I concede, again,
that much of this is "crap"!
Sure, I understand, again,
that most of it is "cracked"!
Sure, I will admit, again,
there's little "proof of contact"...
but less is more, I'll say again,
and make the better contract!*
...
In ninety hours I have found,
perhaps, ten minutes—most profound.
These are scenes passed proffered "answers,"
scenes offered up like new-wave dancers...
Though, all they do ... just "dodge" and "dazzle" ...
dis the "Major,"** chump Mack Brazel.
Humiliate their kith and kin,
cloud the issue—threaten them!
.
I am NOT a dummy, friend.
I've got eyes, a brain—my skin.
I've seen them pulsing way up high,
in morning, noon, and nighttime skies...
.
Too, I speak to folks I know with "crust."
These are folks, quite sane, I trust.
These maintain there's something shining...
zipping, zooming, warping ... ~flying~...,
something unidentified...
but still an object they'd not hide!
.
This is NOT a "UAP"!
Phenomenon!? Oh, stop it, please!
"Phenomena" shan't have to be there,
but "objects" MUST, we would declare!
.
Indeed, we see these "stranger" structures—
we've "entertained deranged conjectures."
...But, we have kept our heads, at last—
tied them down, but made them fast!
.
See, leadership betrays our trust,
and to that "void" attention's thrust!
They'd deny the frankly obvious,
and that provokes "the dark oblivious"!
.
See, something hides in star-stained skies.
Something "cosmic" strangely flies.
Something lives beyond this Earth,
beyond our garden, yard or hearth.
Something lives by different rules...
propending weird... peculiar schools!
"Someone" watches from the edge.
Something new is on the ledge.
Something keeps its "eyes" on us...
...and should we show it love and trust?!
.
We may as well, my sneering friend;
it's Humans who've been nasty fiends!
It's these with their obtuse agendas,
to "these" you are dismissed minutia.
They'll cut you deep, and laugh out loud,
then screw you for percentage, proud!
And this to spite relationship,
associa, clan, or kinsmanship!
...
Put your faith in Bug-Eyed Monsters,
dripping slime from every pore,
before you trust a mean humanity
shown malfeasant and abhorred!
.
No, don't you worry over-much,
your B.E.M.'s "intentions."
They're the least... of your concern;
fear Humans—my contention!
.
See, it's not the "vicious" space folk
who've sold you cigarettes;
not them who planned (in secret!)
your addictions, you can bet!
Not them... refined their nicotine
to a "teased up, unbound state"
that's exploding in your brain,
my friends, like black-fanged, smoky snakes!
.
Not them who hooked our children,
not them providing strife,
not them who took our money...
and then ruined blighted lives!
Not them to lie about it
and then hire on "Ken Starr"***
to fight their heinous battles
from that "well respected" bar...
.
...Something lives far ~out~ there.
I've "ten minutes" says they're here!
They happen sure as it's a fact...
...but, of them? Allay all "fear."
...And no, I don't say a better deal
awaits our lot with "them,"
but compare our present status...
why, the best AND worst that's been?
Why, we've been raped... abused, confined...
by our culture—skin and mind!
Better contracts could be had!
BEMs then... not so bad!
. 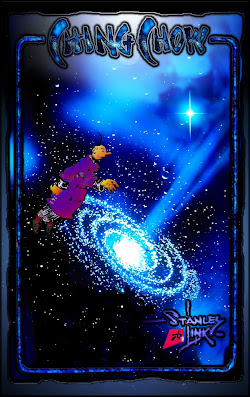 *Absence of evidence is often ill-serving as evidence of absence.
**Jesse Marcel, with Mack Brazell, key at Roswell, NM...
***On Ken Starr
The Tobacco Companies and Kirkland & Ellis

by Stucco Holmes From http://www.umsl.edu/~thomaskp/yvrwc.htm

[Infamous prosecutor of BC's BJ, Ken] Starr's elite Washington law firm, Kirkland and Ellis, represents the tobacco companies in the litigations brought against big tobacco by the Clinton administration. Starr worked as a lead lawyer on these cases before being made special counsel and continued working on tobacco cases long after being appointed special counsel, i.e., well into last year. This is highly unusual, as special prosecutors typically drop everything else so as to avoid even the appearance of a conflict of interest. Starr has conspicuously failed to do this. Starr is, however, sensitive to such charges and, in response, has appointed former Watergate committee counsel Sam Dash as his "ethics counselor."
The FDA, under the Clinton administration, has shown that the tobacco companies have been engaged for decades in a conspiracy to defraud the public. It's not just that they market something that hurts people. What the Clinton FDA has shown is that they've known for years that the stuff was a) addictive and b) linked to cancer and yet they've consistently lied about such knowledge. Not only that, but they actively moved to increase the addictive elements in cigarettes and consciously marketed the stuff to kids. They are, one might say, drug lords, whose deceit has gotten a lot of people killed. (Meanwhile, recall that Ken Starr claims to be deeply disturbed that someone might lie under oath. Also, note the state--North Carolina--that Senators Helms and Faircloth represent and the industry that dominates its economy.) The tobacco companies are also among the largest contributors to the Republican party.