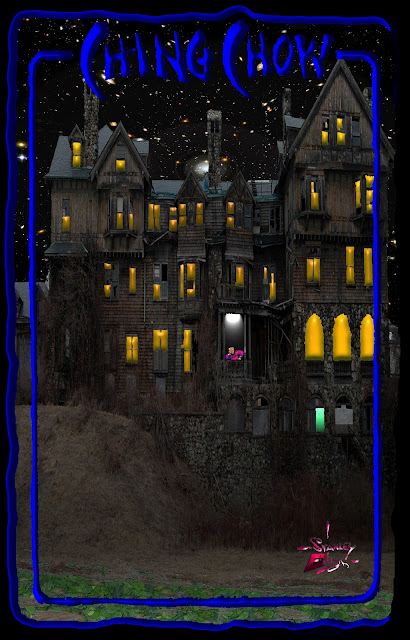 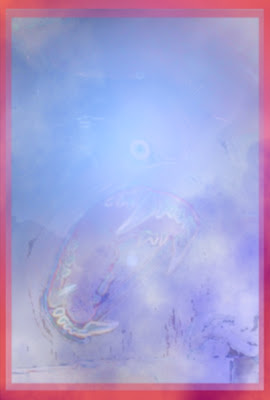 ...Don't "understand," eh? "Stream of consciousness-flap-dash", you say! "Incoherent ranting," you sneer! Well, all that said, I should be pretty easy to take down, expose, invalidate, or neutralize... one would think.
But I wonder... what really fronts these smug reports that I'm just not making any sense; that I'm verbose, inflated, or longwinded?
Is it my lack of clarity? Is it my errant ill-lucidity. Is it my failure using the less common language of considered words thoughtfully arrayed and meaningfully arranged... but ultimately honoring reader and writer?!
I won't apologize for aspiring to write for a conjectured literary cyber-Louvre. It's a distinction, an art, and my raison d'etre.  I make no apologies.
Verily, expression is provoked and accomplished were the ink and paper required to be made myself. Breathing is a similar activity, but one can use the metaphoric bodily process they're more comfortable with, personally.  It's still breathing to me...
I believe words are paint, remember. Every word is a drop of color. Sentences are brushstrokes, paragraphs are portraits, and pages are the considered landscapes of our psychological sea, land, and fire colored sky... I regret you can't catch the "wave," if you can't, eh?
Tsk.
Yes, words are weapons and tools! ...Immortal and magic, too. They can be in more than one place at the same time and they even travel long distances in time...
...But first they are a paint perceived in a mind's eye. They create pictures in the brain with brushes moving at the speed of thought to take the reader where the reader's never been... or where the reader needs to go... again...
...Still not "getting it," unsettled reader?
I submit that you might try just a little harder than a quick read on the "can" to facilitate or assist same. I write to improve us both, Sir or Madam, as I said, and leave the lower common denominator—quickly-digested—banal... to a legion of others interested in such. No literary snobbery here, just a preference for off the established path, beyond the conventional wisdom, and outside the limiting box, eh?
As the past confuses us, the present tempts us, and the future frightens us? Uhhh... use _two_ visits to the can!
Besides, as I made abundantly clear in the entirely unashamed prosery above (if one was paying attention) maybe we need to more appreciate that "facilitating fog" protested! Perhaps these perceived mists are a creative mechanism, actually, a mechanism allowing the reader to get up a little closer to the discomfiting subject under scrutiny... for more of a shared and synergistic understanding, eh?
...Reality does bite?
Without this artful mechanism? What remains may be too threatening a figure to countenance? Perhaps.
This aforementioned and unrepentant literary zeitgeist is composed of hissing blades with claws like steak knives and teeth like envenoming Roman short swords. Seriously, let the verse and painstaking prose be a floral bouquet held in the dangerous paw of such as is described, eh? It remains, this intimated though offended beast won't suffer a disrespect, aspersions on character, or a treachery.
...Posted...
Back at the ranch, I concede that today's arrogant and pissed-off authoritarian neo-pundit or psychopathic faux-patriot finds it convenient to profess a lack of understanding even when confronted with an egalitarianly oblique—if entirely direct—address!
Shapeless drops from my pen... as hard to understand? I think not, reader.
...I don't remotely apologize, mind you, even as it goes without saying that one can query a specific lack of understanding at any time... sure, and we'll take it word for paint-filled word. But that's, actually, the problem isn't it?  Ask not what your blogger has done for you... especially when it's obvious; especially when it's constructively terrifying.
Trifling, one risks having the stainless steel blade-beast—alluded to above—leaping out of the fog, eh?
Was there an alternate prediction, aspiration, or initiative? Be the first on your block. That's why I don't often (ever?) get a "what did you mean by..."


I suppose, if there was that... ...lack... of understanding... but I suspect that there is no need to go there. In the first place there is understanding enough. In the second? Cowardice, I suspect, is a ready culprit.
...Though many have discovered a beating heart beneath the hissing metal. Most can rest assured.
It's the pompous human hubris sets me off, a lack of humility offends me, and sneers from the errant conflicted are to me as a full blue moon is to the "Loupe Garou." Attack my friends and unleash a real monster... eh?
...Not my problem though. I continue my epic song of conscience at my pleasure and the pleasure of a few friends not threatened by my sincerity or embarrassed by sincere aspiration to some instructive creativity. The rest can attempt to lead, intelligently follow... or just get the hell out of the way, eh?
I would soar and cleave. Lose a hand to belligerently restrain me. Poke me and pull back a painful nub. Prick me, and the pricker will bleed. "Lack of understanding" is not an accepted default excuse.
Restore John Ford!
Read on!
at May 27, 2012 No comments: